Reading time: 4 min
There is an emerging consensus that inequality is adversely related to growth. However, the empirical literature on the links between inequality and growth does not align with this simple narrative, especially because the channels through which inequality may affect growth remain poorly understood.

Until the 1990s, mainstream economic research typically assumed that inequality was a temporary side-effect of economic growth.[1] This view was challenged by a series of influential articles which highlighted several channels through which income inequality can have both detrimental and positive effects on economic growth.[2] Rapid increases in inequality in most advanced economies have led policymakers to focus on the negative growth effects of these trends. This view is well-expressed in an opinion piece entitled “Equality Is Key to Global Economic Growth” published in January 2016 by Christine Lagarde, the then Managing Director of the IMF, in The Boston Globe.

Statements of this sort are becoming increasingly common from political leaders, consistent with an emerging consensus that inequality is adversely related to growth. However, the empirical literature on the links between inequality and growth does not align with this simple narrative, especially because the channels through which inequality may affect growth remain poorly understood.

The unidirectional effect of inequality as expressed in reduced form studies thus contrasts with the complexity and variety through which inequality has been hypothesised to affect economic outcomes in the empirical literature. Studies have considered, for example, how inequality may influence growth via: its effect on redistributive policies, access to education for credit-constrained individuals, individual incentives, the demand for manufactured goods, the size of the market and incentives for innovation, the fertility rate, the crime rate, the risk of social conflict and protection of property rights, the ability of government to respond to external shocks, lobbying- or rent-seeking-induced misallocation of productive resources, or individual savings or labour supply in the context of social comparisons. 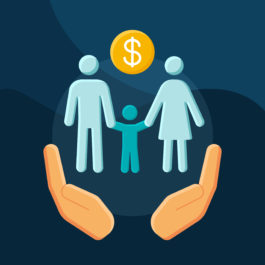 PODCAST: Why Is Europe Less Unequal Than the US? This question is the issue of a session of International Macro History Online Seminar, a weekly seminar series organised by a global network of academic institutions (in this case, the Centre for Economic Policy Research, CEPR, and the Centre for Finance and Development with Thomas Blancher, Amory Gethin and Lucas Chancel)

The sensitivity of empirical results outlined above could be due to variation in the relative importance of disparate channels, which the simple statistical models are ill-equipped to control for given their assumption of unidirectionality. To address this issue, some recent studies have adopted empirical specifications designed to accommodate for the possibility that inequality may influence growth through a multiplicity of channels. Their aim is to assess the “overall” effect of inequality on growth against the overall balance of all contributing channels. Although not identified directly, specific channels are thus assumed to be linked to different types of inequality such as: short-term vs. long-term effects of inequality, inequality of opportunity vs. residual inequality interpreted as inequality of efforts, inequality originating at the bottom of the distribution vs. inequality at the top of the distribution, inequality depending on the income growth of people in different parts of the distribution.

Over the past decades, there have been important changes in income inequality both within and across countries. These changes have led to the widespread perception that inequality has large effects on political stability, human capital investment and rent-seeking. However, heterogeneity and lack of good data limit our ability to tease out clear effects in statistical analyses. The bottom line is that, as usual, things could be more complicated than what it seems and more research and better data are needed.

By Ugo Panizza, Professor of International Economics and Deputy Director of the Centre for Finance and Development, The Graduate Institute, Geneva, and Sarah Voitchovsky

RESEARCH DOCUMENTARY: Inequality and Conflict – Beyond Us and Them

Realised and financed by the the FNS, and strongly supported by the Gender Centre (Graduate Institute, Geneva), this research documentary film is the result of a participatory filmmaking process and presents three projects conducted in Guatemala, Nigeria, Sri Lanka and Indonesia within the Social Conflicts module of the Swiss Programme for Research on Global Issues for Development (r4d programme). It features the research context and findings of the Gender Centre's project "The Gender Dimensions of Social Conflicts, Armed Violence and Peacebuilding”.

Thomas Piketty and the Inequality Economists

Thomas Piketty and the Inequality Economists

Over the last decade, a vivid scholarly debate over the issue of inequality and its drivers has taken place among economists and attracted a lot of public attention. It includes, most prominently, Thomas Piketty and other French economists such François Bourguignon, Thomas Philippon, Emmanuel Saez and Gabriel Zucman but also Anglo-Saxon scholars such as Anthony Atkinson, Joseph Stieglitz and Branko Milanovic. Piketty landed an Amazon’s best-seller with his book Capital in the Twenty-First Century (2014), in which he argues that welfare states and social policies are the exception in history while the general tendency under capitalist conditions is for inequality to rise as the returns to capital are greater than the general rate of economic growth. Piketty therefore opposed previous theories, such as Simon Kuznets’ U-shape model assuming that under capitalism inequality first rises to subsequently decline with the apparition of redistributive mechanisms and policies. From Piketty’s perspective, the “egalitarian” decades from the 1930s to the 1970s, while constituting an exception, also prove that economic inequality is not predetermined but may be acted upon through political and social measures. Others such as Branko Milanovic have argued for more cyclical approaches to inequality, suggesting that it is sporadically checked by wars, plagues and demographic disruptions that are exogenous to the market.

Inequality measurement can take many forms. Depending on what kind of inequality is being measured (economic, health, education, etc.), different types of indicators will be used (revenue, wealth, average years of schooling, life expectancy…). Measuring inequality further depends on the units of measurements (individuals, households, tax-paying units, etc.) and the types of entities/groups that are being compared. Measuring inequality across country or regions thus differs from measuring inequality within a given society (e.g., between specific segments of a given population) or between citizens globally.

The most common index to measure economic inequalities in terms of revenue or wealth is the Gini coefficient. It measures the extent to which the distribution of income across a society deviates from a perfectly equal distribution. It is based on the Lorenz curve, which represents the cumulative proportion of the population on the horizontal axis and the cumulative proportion of income on the vertical axis. If one person earned all income (maximum inequality) the Gini coefficient would be equal to 1. If income was shared equally between all, the Gini coefficient would equal 0.

Ratio measures compare how much revenue or wealth is held by a specific segment of the population as compared to another. They allow to adjust for the Gini index's oversensitivity to changes in the middle of the distribution. The Palma ratio, for instance, measures the share of national income of the top 10% compared to that hold by the lower 40%. In more equal societies this ratio will be 1 or below but in very unequal societies it might go up to 7.

Theil indexes, finally, measure inequality in terms of how wealth or revenue is spread among different regions (e.g. urban and rural).

Debate on Inequality and the Social Contract

Debate on Inequality and the Social Contract

Liberty and equality entertain an uneasy and fraught relationship. How to reconcile the two has been one of political theory’s central quandaries. Proponents of radical approaches to political equality such as Rousseau have argued that equality may only come at the prize of providing a narrow – or positive – definition of freedom. An approach that has also been applied by the French revolutionaries who, most notably during the Reign of Terror (1793–1794), applied a strict definition of what it meant to be free under republican conditions. Liberal proponents, on the other hand, have preferred a negative approach to freedom – privileging being free over being equal – by confining equality to law and reserving freedom to the private realm of individual expression. The radical impetus of equating being free to being equal may thus be opposed to the liberal impetus of equating being free to being different.

Political philosophers have further debated on whether inequality stems from history – or, as Rousseau suggests in his Second Discourse, from civilisation – and thus depends on human intervention or whether it is an inalterable anthropological constant. Liberals have argued the former, insisting that while inequality remains the norm in nature, it is mankind’s role to tame it through policies and laws (e.g., social contracts). Sociologists such as Gaetano Mosca and Robert Michels have come to the more sobering conclusion that elites are a quasi-permanent fixture of human societies and that, eventually, a minority of actors would come to dominate all political systems, even democracies. John Rawls, finally, proposed an elaborate theory of social justice arguing that the social contract needs to guarantee at once fundamental rights to individuals, equality in terms of opportunities, and that economic inequality is justified only to the extent that it serves to improve the lives of the worst off through redistributive mechanisms.

To Top
Previous
Article 4
Next
Article 6