The Future of Economic, Social and Cultural Rights

In a world of increasing inequalities, immediate action to protect economic, social and cultural rights is essential. Not only must existing rights instruments be respected and strengthened, it may also be necessary for economic and social rights to prevail over intellectual property rights when such fundamental human rights as the right to health or to food security are at stake.

The Universal Declaration of Human Rights (UDHR) was adopted in 1948, giving equal recognition to civil, cultural, economic, political and social human rights. The UDHR emerged from a conviction from UN member states that the atrocities resulting from World War II should never be repeated and that we need a world where all human rights are equally respected.

Since 1948, economic, social and cultural (ESC) rights have been enshrined in numerous international human rights instruments, and their monitoring mechanisms have been reinforced at national, regional and international levels. Today, ESC rights comprise, notably, the right of peoples to sovereignty over their natural wealth and resources; the human rights to work, social security, food, housing, water, sanitation, health, and education; the rights of indigenous peoples and peasants to land and seeds; and cultural rights. Most recently, in 2021, the right to a healthy environment has also been recognised by the UN Human Rights Council as a human right.

In the future we anticipate this positive trajectory to continue. We expect, for example, the human rights of the world’s urban population – through the mobilisation of the global movement for the right to the city – to be recognised by the United Nations in the same way that the rights of indigenous peoples, peasants and other people working in rural areas were recognised in 2007 and 2018. We also expect a binding treaty on the human rights obligations of non-state actors to be adopted, and a world court of human rights to be created, with the competence to receive complaints about violations of all human rights, be they perpetrated by state or non-state actors. With the advent in 2008 of the UN’s Universal Periodic Review (UPR), the peer review mechanism through which all human rights of every UN member state are comprehensively reviewed every five years, the recognition and importance of ESC rights have been reinforced throughout the UN system and at national levels.

In the future, we see two scenarios at opposite ends of the spectrum of ESC rights realisation and violations, with a multitude of possibilities in the middle. In the first scenario, social and economic inequalities will continue to increase; climate change, displacement resulting from conflict, disasters and development, and pandemics will not be controlled; and there will be an increasing number of armed and ethnic conflicts in the world. These phenomena will have a devastating impact on the ESC rights of people and communities across the world, in particular on the most vulnerable and marginalised. A vicious circle would be initiated, and an apartheid would be imposed, with humanity and societies being divided between those who can enjoy the full exercise of ESC rights, and those who would die or live in extremely precarious and debilitating living conditions.

In the second scenario, a virtuous circle would be created, with the enjoyment of ESC rights, the control of pandemics, the signing of peace agreements, the adoption of development policies that do not ride roughshod over people’s human rights, and the reduction of extreme events due to climate change leading to a decrease in the tensions between communities, societies and nations.

For the second scenario to unfold, a number of initiatives need to be taken on an urgent basis: 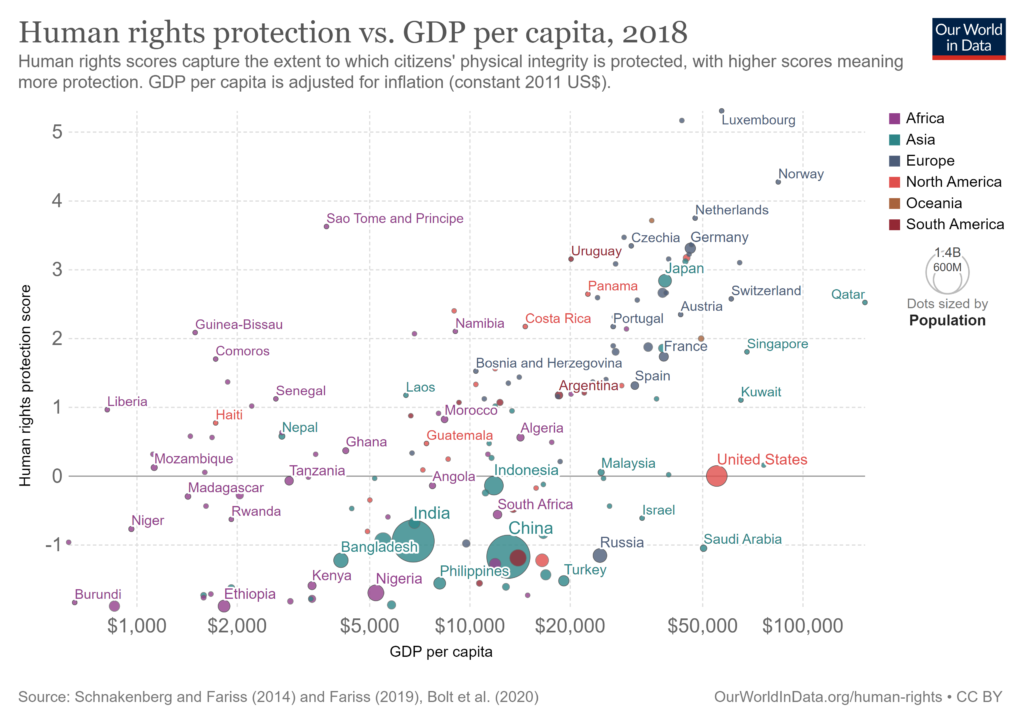 To Top
Previous
Article 4
Next
Article 6